Soul Calibur VI was released last year as a return for the long-running fighting series, and while it was received rather well, there's a notable absence in the form of frame data, which is basically the data with regards to hit boxes and how fighters connect with one another in fighting games when in their animations.

During a recent Q&A Project Soul - the team responsible for the game at Bandai Namco - was asked about releasing frame data so that players could use it in training mode, and while they said they were open to the idea, so far it's not been their policy to release it.

"As Project Soul, not releasing frame data is part of our policy," they explained. "The reason for this is twofold. The first reason is that the act of figuring out frame data and sharing it within the community is fun and part of the game experience. If we released the data officially we would be undermining this experience that many enjoy. The second reason is that officially releasing the data would put off newcomers to the series by giving the vibe that the frame data must be studied closely for the game to be enjoyable which is not what we are aiming for."

"Having said that, we also are aware that the fighting game scene is becoming more and more competitive each passing day and that many players would enjoy an official release of the frame data. If we were to provide the data, it should be done properly with all the necessary information and explanation. We are not sure if we will be releasing it, but we are open to the idea and are looking into it."

Would you use frame data if it was released? 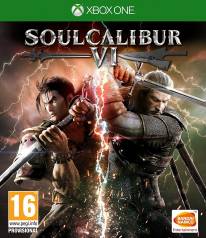