Jens Andersen, the Senior Creative Director on DC Universe Online, has confirmed that there will be cross-generational play between those playing the superhero-themed MMO on PlayStation 3 and PlayStation 4.

The game, which is on course to be a launch title for PS4, has been running on PC and PS3 since 2011. The studio behind the game, Sony Online Entertainment, are also bringing Planetside 2 to the next-gen platform (though that will almost certainly never see the light of day on PS3 due to the technical requirements of the game).

In a Q&A on the PS Blog, Andersen explained why the studio are keeping PS4 and PS3 players on the same servers for DC Universe Online: "We wanted to make sure that the release of DCUO on PS4 was not a homewrecker. We know there are lots of people from lots of different walks of life that find themselves in the same league, and enjoy playing with one another in game."

He then added: "We realized some people would be early adopters of the new platform, and others would wait to buy one. We felt it was very important to maintain cohesion within the community, so we decided to let them play on the same servers." 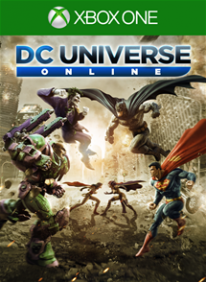