In what has to be described as a surprise Konami's Pro Evolution Soccer 2019 did not manage to claim the number one spot in the UK retail charts from Codemasters' F1 2018 (last week's number one) as it launched. While the PS4 version was the best-selling single SKU of the week, clearly Xbox One fans were not as keen on it (only the 16th ranked single SKU), and overall sales dropped 42% compared to last year. Sega enjoyed a strong showing for Yakuza Kiwami 2 in fifth, and Capcom's Switch exclusive Monster Hunter Generation Ultimate managed ninth, while Sony are no doubt pleased with PSVR title Firewall Zero Hour falling just outside the top 10 in the all formats chart at 11. Rebellion's Strange Brigade has a slow start down in 16th. Larian's excellent Divinity: Original Sin II launched on consoles but only managed to hit 23rd spot. Surely, the latter two are disappointments for their respective publishers. 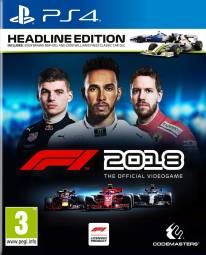