This week will see the Breach update come to Path of Exile, and the update has been detailed on the game's official website, giving fans an insight into what they can expect come December 2.

The beginning of the update description says: "Our December update includes the Breach Challenge Leagues, dozens of new items, and many other improvements such as a new DirectX 11, 64-bit renderer! Challenge Leagues offer both a fresh start in a new economy and a twist on Path of Exile gameplay with new risks and rewards. The Breach league features 40 challenges and three exclusive new microtransactions you can earn as you complete them."

In Breach there are also "tears in the fabric of reality", which are basically portals to an alternate realm that reveal monsters. Breachlords are included too, described as "horrific new bosses, if the alternate dimension enemies weren't enough to keep things interesting.

Splinters are another interesting feature in the update. "Among the riches found in the Breach, you may also encounter Splinters. Combine 100 Splinters of the same type together to create a Breachstone. When placed in the Map Device, a Breachstone allows travel into a Breachlord's Domain, the one place where they are truly vulnerable."

As with most update, there's performance improvements too, but be sure to check out the website for more. What do you think of these new changes? 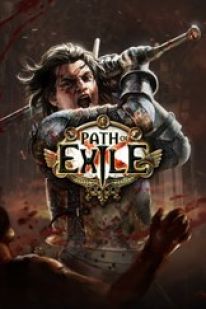