Sony have teased that we are about to receive big Little Big Planet news later on today. Outside of Köln Messe (Gamescom) there are huge posters for Little Big Planet on PSP, which would of course be a big announcement, but its something we've known about for a while.even though it's not official. A sequel on Playstation 3 could also be on the cards.

REVIEW. Written by Daniel Steinholtz on the 26th of November 2009 at 15

The sackboys are back and this time they invade the PSP. Who are you to resist their charm?

It's little, yet big? Confusing?

Now on an even smaller screen

Portable level creation at its most fun 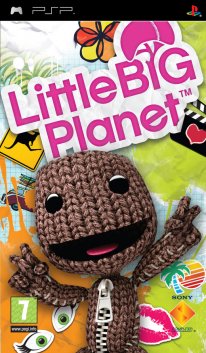 The Misadventures of P.B. Winterbottom