Ubisoft did as usual announce its post-launch plans for a game early when we got Assassin's Creed Valhalla's roadmap last October. The problem with telling us stuff early is that some details haven't been nailed down yet, so we had to make due with knowing that the game's first story expansion would be ready "next Spring". Now we know the exact date to mark on our old-fashioned calendars.

The Canadian studio has revealed that Assassin's Creed Valhalla's Wrath of the Druids expansion will launch on April 29. Besides that, the developers only reiterate we'll be going to Ireland in hope of stopping the druidic cult called Children of Danu and learn more about Gaelic myths and folklore. Expect to learn much more next month.

The iconic assassin's outfit can be picked up as part of the free Godly Pack.

We're less than six weeks away from going to Ireland in Wrath of the Druids.

The update also squashed tons of bugs and added transmog.

The update is also bringing a whole list of bug fixes, quality of life changes, and gameplay and performance improvements.

This new title update features a bunch of great miscellaneous content coming to the live game. 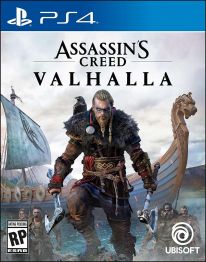