Today Deep Silver, Reloaded Games and The Workshop Entertainment announced that APB Reloaded is getting ported to PS4 and Xbox One. After facing serious problems in it's original form, All Points Bulletin (APB) gained new life after several drastic changes. The game, that pits Criminals and 'Enforcers' against each other (both are playable factions), is coming to consoles as a free-to-play offering.

Players will be able to download and play the game for free, although the press release mentions that users will need to have Xbox Live Gold to play the game on Xbox One. Apparently, PS4 users can play APB: Reloaded without a PS Plus subscription much like other free-to-play titles on PS4.

The game is expected to hit consoles late during the second quarter. 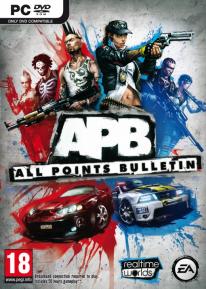