It has been known for a while that Ubisoft Motion Pictures are working on adapting the Watch Dogs concept in to a movie. That's right, before the first game is out in what we expect will be a franchise there's already work being done towards a movie.

Recently the publisher posted a poll on their website asking: "If a Watch_Dogs movie were to be produced, which actor would you choose to play Aiden Pearce?".

Plenty of choice and currently Tom Cruise is leading the pack ahead of Edward Norton and Robert Downey, Jr. Other actors including Brad Pitt, Ryan Gosling and Tobey Maguire are also in the poll. Now, obviously, this is purely speculation at this point, but it gives some kind of indication of what Ubisoft are gunning for with a potential Watch Dogs film. 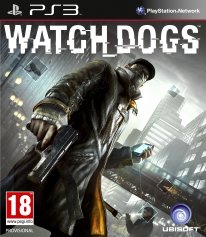