30 new game projects in Europe could be in development as we speak with the push of communitarian funds, as a listing of approved subvention-based projects via the MEDIA initiative by the Audiovisual and Cultural Agency EACEA reveals a bunch of yet secret or TBA titles, some of them even unexpected, such as the ones headlining this piece.

Frozenbtyte is working on Trine 4, for example, as after trying out fresh ideas last year with Nine Parchments and Has-Been Heroes, the Finnish studio has decided to go back to the franchise that gave them so much with its first two entries (and disappointed with the third one). Snowcastle Games' Earthlock 2 has been made official previously but has also received funding in this round.

Germany is the most represented country, as it got 7 out of 17 candidates approved, and at first sight projects such as Realforge Studios' Spacebase Startopia stand out. At the other end of the spectrum is the UK, as it only has 2 approved out of 16 projects applied, and Sweden, with 2 out of 9, with one of them being Zoink Games' new game called Roll Them Bones. While we understand the title is something of a "codename" the nature of the game remains secret for now, Zoink previously received a grant for Fe. The list also unveils Spanish Tequila Works' new game Lumberjack, among others. We'd also like to mentioned Kong Orange (Felix the Reaper) and the puppet-animated adventure Vokabulantis, that while previously announced, still was news to us and looks rather interesting. Polish Bloober Team (Layers of Fear) caught funding for something called H2O.

This is the full list of Creative Europe backed projects in 2018:

It should be noted that the list includes games that will most likely never see the light of day as they may just be in a concept phase and these grants don't cover full development, there are also plenty of children's titles that may only get local releases.

What catches your eye here?

Online
ActionJackson on the 10th of October 2018 at 14:33.
Anything 'Tequila works' er works on 'ticles my pickle' man "Troile" and "Earthlock 2" for sure also, I really like to see a good list of 'upcoming stuff" although im clueless as to what the majority is its just good to see whats going on outhere 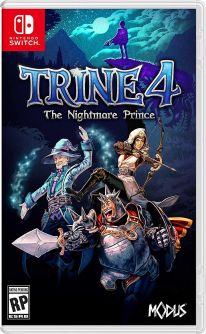