We at Gamereactor loved Torchlight and were hoping to hear more about the MMO-version of the game that Runic Games have been talking about (since we constantly lament the cancellation of the orignal Mythos). But instead we're getting the next best thing, and Runic Games have now announced Torchlight II instead. It's supposed to be released during spring next year, include co-op (which was lacking from the first game), overworld areas and other nice things.

Take a look at the new website to find out more about the game. The little there is to know right now.

REVIEW. Written by Thomas Blichfeldt on the 20th of September 2012 at 11

"Not once have I encountered problems of either the technical or gameplay-destructive kind - this is clearly a project of passion."

Get Torchlight II for free on PC

The game is now available on PS4, Switch, and Xbox One, celebrating a decade of the dungeon crawling series.

The new bundle includes Torchlight II, which is a great alternative to Blizzard's Diablo-series.

Torchlight II not heading to console

Runic Games are ramping up production on next project.

Runic Games have reason to celebrate. 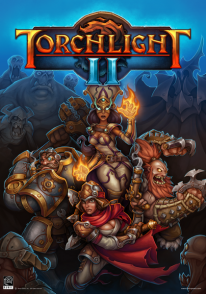