Timegate Studios (Kohan, Axis & Allies, F.E.A.R. expansion packs) first announced Section 8 way back in 2005 and its been a long road ahead for the project. Scheduled to hit "console and PC" in the second half of 2009 (or "soon" as the trailer states), it is still uncertain if "console" means both Playstation 3 and Xbox 360 at this point. Check out the fancy CG trailer and the more truthful screenshots to see what you make of it. Surely, you would be crazy not to be excited about Section 8... or something along those lines.

Section 8 is coming to PS3

Don't cry for them, Sony fans

Time to join Section 8 in the fall... 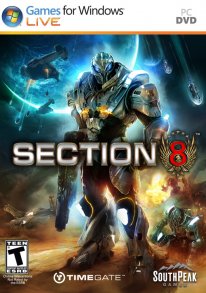