Twin-stick shooter The Ascent has already managed to rake in $5 million after launching on PC and Xbox consoles last week. This is reportedly the largest ever weekend opening sales revenue that publisher Curve Digital has seen to date.

Additionally, the publisher has revealed that the game shot to the top of the Steam Global Charts and it also made a major splash amongst streamers. The game has already generated 10 million views with it making an appearance on over 1,700 Twitch and YouTube accounts. Something that Curve didn't provide, however, was how many units the game has been able to shift so far and whether it proved to be more successful on PC or Xbox. With things look pretty promising though, we can't imagine it'll be too long before we hear more about these details.

"The Ascent is the first game out of Curve where our new team has been able to substantially make their mark, working closely with the developer and our platform partners. This success is the result of a genuine team effort throughout the company, the arrival of new leadership and talent and is truly reflective of our new approach of being developer and player focused in all that we do," commented Curve CEO John Clark.

Collision issues and bugs solved with new The Ascent patch

Neon Giant continues to improve the performance and stability of their sci-fi RPG.

The substantial patch makes many bug fixes and improvements.

It also squashed a whole bunch of bugs.

The game has already made over $5 million and it reached the top of the Steam Global Charts.

The Ascent's PC Game Pass version will soon be getting fixed

Originally, it launched without ray-tracing and DLSS features.

The much-anticipated title was originally planned to launch alongside the Xbox Series. 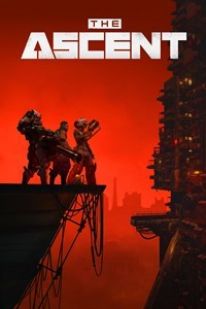