Final Fantasy XIII will be released on the Playstation 3 and Xbox 360 at the same time in Europe. Square Enix revealed to VG247 at Gamescon. The much anticipated title is set for release in the spring of 2010.

"We don't have the actual month down yet, but in Japan it's scheduled for a winter release, and in Europe and North American territories it's spring 2010," the game's producer, Yoshinori Kitase further highlighted. 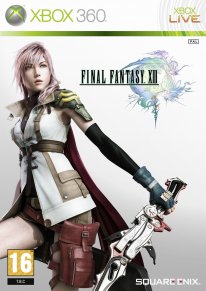