At Captivate, Capcom and Ono-San proudly presented the new Street Fighter X Tekken. Make sure not to mistake it for Namco's Tekken X Street Fighter, the other title in this two game series. One unlucky fellow did that very thing and Ono-san nearly dragon-punched him out of the room.

The new 2D two-man tag-team style fighting game's confirmed fighters at Captivate were: Ryu, Ken, Chun-Li, Guile and Abel from the Street Fighter roster, and Kazuya, King, Nina, Bob, Marduk from Tekken. Obviously there'll be more fighters announced the closer we come to launch (or alternatively you can keep your eyes peeled on the trailers).

When asked how new characters will be chosen to join the current line-up, Ono-San said they will pick them according to their unique fighting style and personality. "If the fighter is popular among the fans and has some interesting moves you don't really see in normal Steet Fighter games, it will most likely be in the final game."

Talking of the continued relationship with the company's old rivals, Ono-san couldn't be happier. "Co-operation with Namco has been perfect. That means we at Capcom have had completely free hands-on with the game. We can do whatever we want with it."

"But same goes for Namco when they make TK x SF. So we have tried to avoid to give many fart base attacks to Kazuya and other TK fighters," he joked.

As for syncing up the different control schemes, Ono-san said fans should look forward to a play style that blended the best of both world's together, but retained a sense of familiarity to SF players.

"SF x TK is first and foremost a SF game, but it is still something totally new and different than many fans have gotten used to. We have tried to find some new middle ground between the the franchises and a way to please both fans. For instance in core game play that means more Tekken style fluent and explosive combos, throws and air juggles."

Ono-san promises new announcements and reveals in every game event this year - so all eyes on E3! 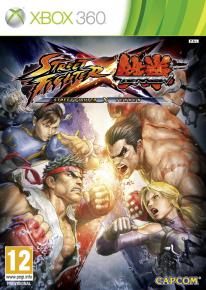