The Swedish developer Simbin, best known for their brand of hardcore racing simulators, are seeking legal advice after what they interpret as incorrect claims made by recently formed Slightly Mad Studios, creators of the upcoming Need for Speed: Shift.

"SimBin is taking legal advice and considering to also take legal actions against Slightly Mad Studios, as a result of certain statements made by Slightly Mad Studios that we find to be incorrect, misleading and has a negative impact on our reputation as well as business negotiations,"
said Magnus Ling, Executive Vice President at SimBin Studios AB. (via press statement)

The background to this is that Blimey Games! (the former incarnation of Slightly Mad Studios that went bankrupt recently) helped develop GTR, GTR 2 and GT Legends with Simbin. Ian Bell, founder of both Blimey (in 2005) and Slightly Mad (in 2009), was actually not just working at Simbin, but one of the founders and an important part of the studio at the start before he formed Blimey and the co-operation between Blimey and Simbin lasted a couple of years. There is obviously some bad blood here, but it is hard to see how the wording in the press release opens up for any form of legal action.

From what I understand Blimey Games! was in large part responsible for the engine and technology used in the Simbin games mentioned. And it is hard to argue against the fact that the anyone who has worked on a game is entitled to take credit for it. All this said it is of course no accident how EA choose to present their changes to their Need for Speed series, the PR plan has been properly laid out. Make the die hard racing fans crave it first and mentioning some of the best racing simulations of all time is obviously the way to do it. And with them excited, hopefully there will be rings on the water, making more casual racing fans who have abandoned the Need for Speed series interested once again. It must sting a bit in the eyes of a small studio dedicated to racing simulations that EA are using their games to build up the upteenth version and restart of arguably one of the best known and most sold racing franchises of all time.

Reversely another true statement is that Need for Speed: Shift is being created by a team that to more than two thirds had nothing to do with either GTR 2 or GT Legends, and that most recently the team that makes Need for Speed: Shift have worked on BMW M3 Challenge and a Ferrari game for the PS3 that is currently in limbo (with the fall of 10tacle). There is no doubt there is a lot of talent on both sides of the fence, and I doubt EA has any plans to turn the Need for Speed series into anything resembling either GTR or GT Legends (that would be suicide given the series heritage), but I think the lesson to be learned here is that we as journalists need to make an effort to give a complete picture of claims made in press releases rather than just repeating or in some cases misrepresenting them. There is no simple, clear cut truth here... I doubt there is any legal course to sort anything, but perhaps it would be good taste from EA's part not to reference Simbin games in the future and talk a bit more about the actual game that Slightly Mad Studios are making on their behalf. 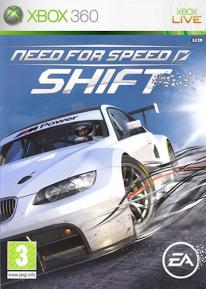