Five years after its original announcement, the Shadow of the Colossus film adaptation may finally be getting under way. While many fans of the PS2 classic were understandably excited about the announcement made in 2009, four years after the game was released, the five year pre-production period since has caused most of us to forget the project was even mentioned in the first place.

With little hype behind the project left and suspicion rising that the film will never see the silver screen, it will be interesting to see whether some material surfaces soon or whether there will be another half-a-decade long break before yet another director surfaces.

The new director, Andrés Muschietti, is best known in the west as the director of Mama, a horror film released last year to mixed reviews. His call to fame, however, was a short film he created in 2008 entitled Mamá on which the Hollywood adaptation is based.

Despite his relative lack of experience, Sony Pictures president of production Michael De Luca is confident, stating in an interview with Polygon that: "We knew we had our director once we heard Andy's take on the material - it was genius."

It will be interesting to see whether this film beats Team Ico's upcoming game The Last Guardian, which appears to be pulling a Duke Nukem: Forever. For now, while we await more news, all we can say is: at least it's not an Uwe Boll project.

Livestream Replay - Shadow of the Colossus

Join us for another trip down memory lane.

It's been almost ten years since it was first released on PS2.

Shadow of the Colossus film gets new director

Is the wait for the movie coming to an end?

Take a look at artwork that will amaze you.

Shadow of the Colossus the Movie 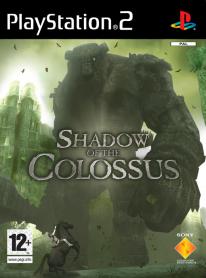