Sega has opened a survey, presumably to gauge how their Western Yakuza fans take to some of the Japanese announcements made by the Ryu Ga Gotuko studio.

The survey asks players to rate their interest in the following three games.

• A Kiwami-style remake of "Yakuza 2" in Yakuza 6's Dragon Engine.
• An action-adventure game based on "Fist of the North Star" from the creators of Yakuza.
• A free-to-play game based on the Yakuza universe for iOS/Android/PC.

We're going to venture a guess that Yakuza fans will be more interested in the former two, but regardless it is nice to see Sega taking this approach to deciding what games to bring over to these parts. 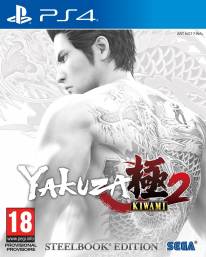