EA showcased Jo-Mei Games' Sea of Solitude back at EA Play during E3 week last year, and now almost a year on we finally have a release date for the game, as it'll be landing on PC, PS4, and Xbox One on July 5.

This is coming via digital download, and sees you take control of Kay as she works her way through a flooded city. Throughout the game you explore her own loneliness and her state of mind as she meets creatures and monsters on her journey.

"Sea of Solitude centers on the essence of loneliness and tugs on the heartstrings of its players by mirroring their own reality. It's by far the most artistic and personal project I've ever created, written during a very emotional time in my life," said Cornelia Geppert, CEO of Jo-Mei Games. "Designing characters based on emotions was a deeply personal achievement for our team and we're so excited for players to soon experience Kay's powerful story of self-discovery and healing."

Have you had your eye on this? 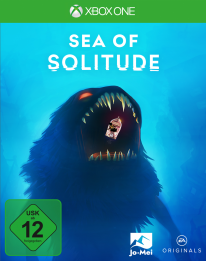