Retail releases of the full second season on PC and Wii are also on the way. 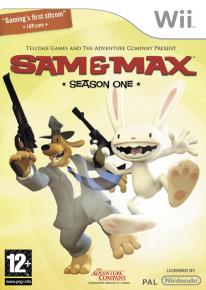