PC players haven't had much luck playing Saints Row 2, as Volition's classic open-world title has been full of bugs on the platform, although a recent livestream from the developer (thanks, Kotaku) had good news for fans on PC.

That's because the studio has found the missing source code that hasn't been seen for years, and they're working on getting a Steam version launched now that it's back in their possession. Two people from the crew are working on this, building it from scratch again to run on modern PCs and bringing console-exclusive expansions with it.

Considering Saints Row 2 is arguably the highest point in the series, blending the grounded franchise with the eccentricity that went nuts in latter installments, this can only be good news, and might even get some new fans on board too.

Have you played Saints Row 2?

This code had gone missing for years, but now a team is working on getting it to Steam, with console-exclusive DLCs too.

Almost a decade after its initial release.

But you better be quick.

Even more screens from Saints Row 2 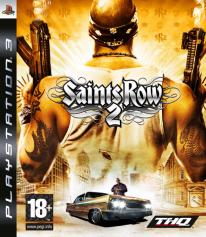