Saints Row 2 remains one of the funniest games of the last console generation and offered a co-op campaign as well as a complete disrespect for anything to do with good taste. We loved it and created all sorts of mischief and mayhem as well as achieving a ridiculously impressive high score in the mini-game "Septic Avenger".

Now all this can be experienced again as Larry "Major Nelson" Hryb has tweeted that Saints Row 2 is now backwards compatible with Xbox One. The full list of Xbox and Xbox 360 games that works on Xbox One can be found over here.

This code had gone missing for years, but now a team is working on getting it to Steam, with console-exclusive DLCs too.

Almost a decade after its initial release.

But you better be quick.

Even more screens from Saints Row 2 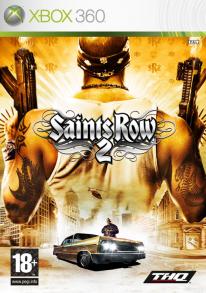