Last month we reported that Red Faction Guerrilla Re-Mars-tered was coming our way, and that it'd be coming in Q2 this year, but now Finnish retailer VPD has posted that the game will be coming out in June.

Wccftech also says that the release date is June 15, but apparently that has been removed and replaced with only "June 2018". VPD even gives a price for Red Faction Guerrilla Re-Mars-tered, which is €28.99, equating to roughly £25.43.

We're expecting the game to come out on PC, PS4, and Xbox One, but for Steam owners the remaster will be coming your way as a free update. Regarding the launch date though, take it with a pinch of salt, as none of this is confirmed.

Is this remaster on your radar? 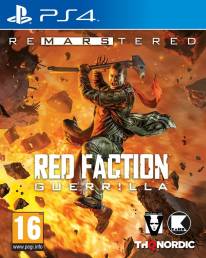