Zoink Games have revealed on the PlayStation Blog that Raz from Psychonauts is joining Zombie Vikings as a playable character. Raz-ombie will be a free download and it will be available "shortly".

Zombie Vikings is available on PS4, and just recently launched on PC (Steam). And Raz himself is as you may have heard embroiled in a battle of his own as Double Fine are trying to finance Psychonauts 2 via crowdfunding slash investment site Fig.co (currently closing in on $2.7 million have been pledged with the target sum being $3.3 million). 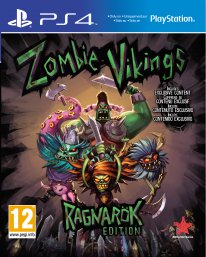