Showcasing a dazzling scope and a vividly beautiful sun-drenched environment, Sun & Moon fully utilises the ageing hardware of the 3DS to deliver us an experience we only dreamed of during its initial release. With both titles it truly feels like the worlds of the anime show and the main game series have collided as they are easily the most story driven and cinematic entries to date. We can't comment too heavily on the opening series of events but what we can say is that the plot stretches far beyond your usual duties of filling the Pokédex and rising to become Pokémon Champion.

The series has broken free from the rigid framework of gym leader battles that provided a predictable structure for the previous six iterations. Instead your challenge is to now complete the island's numerous challenges which are more like RPG quests and stretch far beyond typical trainer battles. These trials can range from finding particular items, battling immensely powerful totem pokémon and having your knowledge put to the test. We weren't able to get to the first trail during our play-through but we were still impressed by Game Freak's efforts to tweak the ageing formula.

Before embarking on our adventure we had to make the crucial choice of selecting our starter Pokémon; a decision which has proved to not get any easier with age. New starters Litten, Rowlett and Popplio are potentially the most memorable we've seen since Generation 3, as there's much charm in the simplicity of their respective designs. After much deliberation we were eventually swayed by the fire-type, Litten, an adorable kitten who spews scorching hairballs at its foes.

Just like the Kalos region featured in X & Y, Alola is richly inhabited with a generation spanning cast of Pokémon, working to couple burning nostalgia with the thrill of new encounters. After receiving our first batch of Pokéballs we set off into the tall grass and it wasn't long before we were reunited with old favourites Ledyba, Metapod and Slowpoke. Having such a diverse selection of creatures allowed for individual experiences during multiple play-throughs of X & Y, so it's great to see that Game Freak carried this through to its successors.

An instantly noticeable improvement is the refined camera system which allows you to move freely in any direction of your choice. Previously in X & Y, the first installment to introduce full 3D to the series, navigating at times felt awfully clunky particularly within the segmented streets of Lumiose City. Now manoeuvring around the map feels much smoother and equates for a more modern experience as you aren't caught within the restraints of a locked camera system.

Battling your enslaved monsters may remain as familiar as ever but there has been some major tweaks to the UI to help streamline the experience. Now you can review inflicted stat changes on the screen during battles instead of having to keep a mental note, which allows you to adjust your strategy to aid your altered circumstances. Information regarding moves can now be brought up by simply tapping on the left hand side of the dialogue box displaying important details such as accuracy, power and effect. This proved to be an important function as before the only way it seemed you could find this intel was via shifting through numerous menus outside of battle.

Another change is that when you battle a particular Pokémon for the second time you'll be informed as to which of your attacks are 'super effective' and 'not very effective'. While this can be handy for newcomers to get an instant grasp on things, it does somewhat remove the whole trial and error process from the game, and essentially allows for much easier victories. While we have our concerns we'll have to see how this impacts the experience later on down the line.

If you've kept up-to-date with the steady slew of teaser trailers from Nintendo then you would have likely come across Alola forms, which are new environmental variants of classic Pokémon. Whilst ploughing through the first handful of trainer encounters we faced up against Alola Rattata, which had a new dual typing of dark and normal and appeared visually different with jagged tufts of black fur. Feeling fresh but familiar theses forms manage to reintroduce older Pokémon in new and exciting, ways making their inclusion on your team feel as original as ever.

Our short visit to the tropical paradise of Alola revealed one of the most innovative Pokémon experiences in over a decade. It feels like Game Freak has responded to former criticisms and concerns regarding predictably, and have thus worked to craft an experience that feels as new as it does familiar. With all-new Alola forms, islands trials, and a more story-driven structure, Sun & Moon are definitely shaping up to be must have entries for both veterans and newcomers to the series. 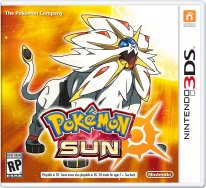