Payday 2 has seen plenty of action on various platforms since its initial release back in 2013, but in February the game will arrive to yet another console in the shape of Nintendo Switch. But it's not just the contents already seen elsewhere that will come with the game, but also a new heister, Joy, that debuts exclusively on Nintendo Switch. A Japanese hacker wearing an "in-your-face" LED mask that made us think of Watch Dogs 2. She comes with a unique hacking skill tree, and some new weapons. The PC, PS4, and Xbox One versions of the game will get Joy at a later date.

Payday 2 arrives on Switch on February 23rd (27th in North America) and it does sound like a great premise to hook up a few consoles locally and heist together in the same room.

Thank you for your time. We will take care of this matter as soon as posible
love love love this game. too bad my pc is too old to run it. 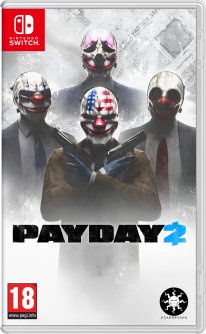