Obsidian Entertainment released Pillars of Eternity: Complete Edition on PlayStation 4 and Xbox One this week, an RPG which is just one of an amazing list of games from the developer, but Obsidian's CEO, Feargus Urquhart, recently spoke about another older game he hopes to bring back as, in an interview with VG247, he says if he can return to one title it would be the cult classic spy-themed RPG Alpha Protocol.

"I think it's Alpha Protocol," says Urquhart. "I would want to go back from everything that we learned and do that because I think there's a lot that can be done. We had some really cool ideas for Alpha Protocol 2."

"I think I'd want to do Alpha Protocol 2, particularly now that it's almost like the game has sort of... I don't want to say aged, because I mean it in a positive sense. It's found what people love about it and what we love about it, and now I think we could express it differently fixing a lot of the things that weren't maybe what they should've been."

Would you like to see a sequel to Alpha Protocol? 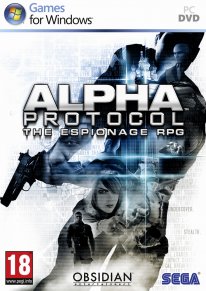