It appears that No More Heroes 1 and 2 could be heading to the PC in the near future. Gematsu has noted that both titles have been listed for the platform on the ESRB's (Entertainment Software Rating Board) website.

This wouldn't be too unreasonable to believe, as both hack and slash games were released on the Nintendo Switch on October 28. The third iteration into the series is also just right around the corner, with a rough release window of 2021.

Would you be excited to play these old Wii titles on your PC? Let us know in the comments. 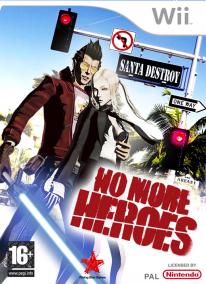