Ninjas are always cool, right? Well if you agree, then you might be pleased to hear that Sabotage Studio's upcoming ninja adventure The Messenger is coming on August 30 to Nintendo Switch and PC, letting you play as a nameless ninja warrior with a mission to deliver "a scroll paramount to his clan's survival as a demon army besieges his village".

According to press release, the game starts as a traditional ninja saga, but soon "expands into a thrilling time-traveling adventure intertwined with a 16-bit universe full of more 'metroidvania' exploration and secrets".

The Messenger will be playable in Gamescom 2018 and PAX West, but for now you can watch the trailer below. Is this your idea of a good time? 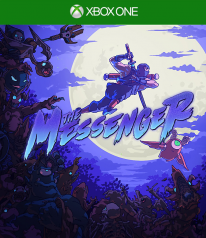