You wouldn't know it from EA's grandiose E3 show, but there's a new NHL game coming this year. The publisher has just unveiled the first gameplay trailer, alongside word of a beta launching next month.

The beta will let players test EA Sports Hockey League, Hockey Ultimate Team and Online Versus modes, and will run from July 28 to August 4. You can sign up at EA's website. The beta will be available on both PS4 and Xbox One, as will the full game when it launches on September 15.

"NHL 17 is a good hockey game and it builds on last year's already stable edition."

Nashville Predators picked to win the title with Connor McDavid as the top scorer overall.

NHL 17 to feature the World Cup for the first time

Producer Clement Kwong about the new feature and the beta.

New NHL 17 trailer is all about keepers

...and the new net battles feature.

NHL 17 beta coming next month, and there's a trailer

Strangely no Penguins seen in these pics.

We'll learn more about the new game this summer, but the cover vote starts now. 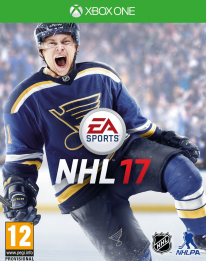