Fresh from the announcement that Aiden Pearce will be <a href=http://www.gamereactor.eu/news/88124/Watch+Dogs+movie+officially+announced/">starring on the big screen</a> in a movie adaptation of Watch Dogs, this Gamescom trailer has landed on the site. It features Dedsec, what looks like a shadowy organisation at odds with Pearce. Watch Dogs is heading to current-gen consoles and PC on November 21, and next-gen consoles soon thereafter. 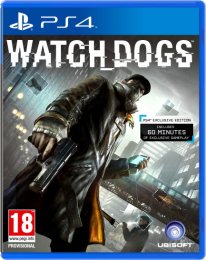