If you enjoyed the Driver series, we have a strong feeling you will also like The Wheelman, which also comes out in theatres. Vin Diesel, who also plays the lead character in the upcoming The Chronicles of Riddick: Assault on Dark Athena, is behind the wheel, and the game comes out 27. March fro the PC, Playstation 3 and Xbox 360. 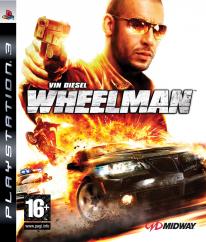