Ubisoft have assigned Game Arts (who contributed on the latest Smash Bros, but are best known for their RPG's Grandia and Lunar) to create a four player fighting/party game in the same vein as Smash Bros. for the Nintendo Wii. This in order to celebrate ("shell-ebration" in the press release) the 25th anniversary of the pizza munching bunch.

Ubisoft emphasized that TMNT: Smash Up is the first Turtles game that is not tied to any movie, comic book or television show. So the game has two things going for it, Smash Bros clone and no script to follow. 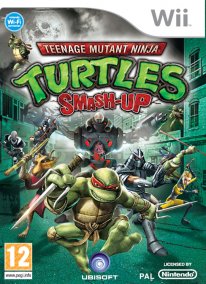