Sega have released four screenshots and a trailer from the upcoming Virtua Tennis 2009. The first three screens below are from the Wii version, while the last screen is from the PS3 version. The trailer highlights some of the star players in the game including Stefan Edberg the two time Wimbledon champ and former world number 1 ranked Swede known for his sportsmanship and elegant play. Virtua Tennis 2009 will be released in May. 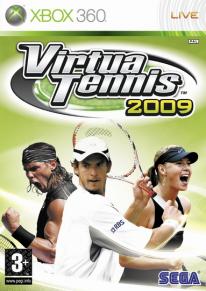