Metro Redux. You may have heard of it... even though you probably shouldn't have!

So we're going to comment on rumour and speculation instead.

Yes. We never made any secret of 4A's desire to bring Metro to the latest generation of console hardware.

But what you saw leaked was taken from an old, internal planning presentation, containing some nuggets of truth but a lot of hypothetical ideas and place holder material.

As you can see, we're not quite ready to reveal 4A Games' first next-gen console project, but we will be making an announcement this side of E3.

And we think the reality is a lot more exciting than the out-dated material that got leaked shows, and we're itching to share it with you. Just not yet.

So there you have it. Confirmed.

By the looks of it yet another of last year's old-gen highlights is heading to PS4 and Xbox One. This time the titles in question are Metro: Last Light and Metro 2033, the atmospheric first-person shooters from 4A Games set in the murky tunnels under a post-apocalypse vision of near-future Moscow.

The images below were originally posted by Everyeye.it before being pulled by the website (so thank AllGamesBeta for grabbing them). Our Italian editor was kind enough to translate the text:

In the first screen grab it says that the game will release in July 2014, and includes information on things such as format (PC, PS4, Xbox One), genre, developer, publisher, rating, number of gamers, localisation and text/pack.

In the second screen it says: "It's the most important remaster version ever made for the Metro series, with improved technology. For the first time, Metro 2033 and Metro: Last Light will be together in the same bundle, with all DLC included. This is the definitive "METRO EXPERIENCE" for next-gen consoles."

Having said all that, there's still no official word of confirmation. While this looks pretty conclusive evidence that something's on the way, we'll await official confirmation before we started getting really excited. 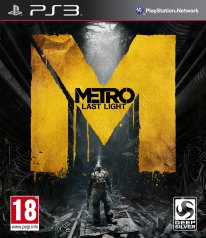