There are a lot of movies av TV-shows being created right now that are either based on video games (like Halo and Uncharted) or based on works that were made popular by video games (The Witcher). Now yet another one in the latter category has been announced, as Variety reports that Metro 2033 is becoming a movie.

Metro 2033 was originally a novel by Dmitry Glukhovsky but was made more accessible to gamers thanks to 4A Games excellent adventures based on the franchise. The pre-production is already about to start and the movie is being made by Gazprom Media. Glukhovsky himself seems to be very involved with the project himself and says:

"In Russia, I didn't see any producers who could make a good [adaptation of] this book. It just seemed impossible. But now I finally met a team that I can entrust Metro with. Our ambitions turned out to be similar: to create a world-class blockbuster and stun even those who have read the trilogy and know it by heart. So as not to disappoint them, I am ready to become a creative producer of the movie and help create it with both my advice and action."

The premiere is planned for January 1, 2022, with the actual shooting of the movie starting next year. Do you think that a movie based on Metro 2033 has the potential to be good?

Nuclear war has forced the population of Moscow underground, into the old Metro tunnels. Gamereactor joined their desperate fight for survival.

The Dmitry Glukhovsky-written Metro series is headed for the big screen with Metro 2033 being re-interpreted as a film.

Production of Metro 2033 film has been stopped

But the novel's author Dmitry Glukhovsky is "still optimistic."

Metro 2033 film adaptation in the works

Humble celebrate with a limited-time giveaway. 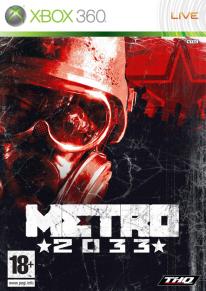