The Wizarding World of J.K. Rowling is no stranger to having the Lego/Traveller's Tales makeover. Harry Potter Years 1-4 and Years 5-7 both came out on last gen consoles and handhelds, and even recently these were remastered on PS4 in the Lego Harry Potter Collection. Lego Dimensions itself has also been graced before by Harry Potter and He Who Must Not Be Named along with the Flying Ford Anglia and the Hogwarts Express, which came out in the Year 1 phases as part of the Harry Potter Team Pack.

The new additions to the Lego Dimensions multiverse are hot from Hollywood with the release of Fantastic Beasts And Where To Find Them Story Pack. As with the Ghostbusters 2016 Story Pack, it is a DLC pack that comes with the original game and a new portal for you to build, the beautiful art deco entrance hall of the Magical Congress of the United States of America (MACUSA), which is a bit fiddly to make and very delicate but looks absolutely stunning when finished. Along with the minifigure of Newton (Newt) Artimis Fido Scamander, you also get a delightfully cute Niffler too.

In-game, Newt is a hugely talented character and you will mainly use him throughout the story pack. Not only can he cast Diffindo, Lumos, Reparo and Leviosa, he can apperate, spray water and, of course, use his magical suitcase.

The game packs in the entire plot of the film over six levels filled with puzzles, so be prepared for spoilers if you haven't already seen the film. The cutscenes feature voiceovers lifted straight from the film, and although sometimes these can feel a little forced it really does add to the experience. The whole game is packed with delicious humour, the recipe for which Traveller's Tales has got down to a fine art, and we found ourselves chuckling out loud on a number of occasions.

Each level has 10 minikits to find, along with a character in peril, although you will need a combination of extra minifigures to collect these (or you can opt to 'Hire a Hero' for a few thousand studs). Luckily, these are not necessary to complete the story, though. Fantastic Beasts also introduces a new Keystone to Dimensions called Creaction, where you can uncover three piles of coloured debris, hit the Keystone and then move your minifigure over the three coloured pads on the Portal to create whatever piece is needed for the puzzle.

In between levels you can travel around a 1920s Manhattan while making your way to the next part of the story. We're no stranger to Lego Manhattan, having already visited it in Marvel Super Heroes, Avengers and Ghostbusters, but seeing it set in the roaring twenties is something else. It's a fair bit smaller than the Marvel hub worlds, but no less impressive. They've captured architecture brilliantly and Central Park Zoo really is a sight. There are also some cameos thrown in from past Fun Packs, and some new ones from future Level Packs, but we won't spoil the fun for you and tell you who they are.

The Year 2 update introduced Battle Arenas and Fantastic Beasts adds a new map for you to cause mayhem in as well. The Arid Animal Habitat is hidden inside Newt's magical suitcase and comprises of a large mound in the middle of a circular area, and branching off this hill are four bridges dotted with fire breathing serpent heads. At the end of these are the characters' bases, a small shack with a portcullis door. Each house is exactly the same and it can be quite confusing in the heat of battle. To make things harder, the lower areas of the map are covered in explosive pots, making navigating difficult, but a lot of fun can still be had.

There is plenty of story content over the six levels and when packaged with the wonderful Lego Gateway and minifigures, it makes Fantastic Beasts And Where To Find Them yet another great add-on to what's already a really fun game.

HQ
Gamereactor UK
+
Six great levels based on the film, Entertaining new arena, Wonderful depiction of 1920s Manhattan, Fun new cameos, Newt is a very useful character.
-
Voiceovers can sometimes feel forced.
is our network score. What's yours? The network score is the average of every country's score 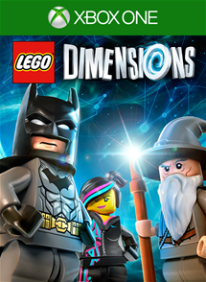