Warner Bros. have announced plans to port over Lego Batman 2: DC Super Heroes to Wii U in a something of a surprise move. It's due out this spring, and it is surprising given the lacklustre sales this category of re-released have achieved on Wii U to date.

In other news, the game that was originally released last June on a variety of platforms has managed 3.4 million copies in sales so far. 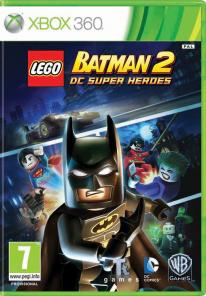