L.A. Noire suddenly returned to the spotlight two years ago when Rockstar announced it would make its way to the new consoles and get a special virtual reality version. The latter only made its way to the PC headsets back then, but now it seems like PlayStation VR owners will get a chance to play detective as well.

We have a recent Pegi rating to thank for that revelation, as the Pan European Game Information Board has rated a PlayStation 4 version of L.A. Noire: The VR Case Files. Rockstar hasn't said anything official yet, but PEGI rarely does stuff like this too far in advance so expect an announcement about it coming to PSVR in the near future. Gamescom, perhaps?

"Despite its numerous flaws, we're still very much in love with this unique open-world adventure."

The morning sun seeps in through the blinds at the Los Angeles Police Department headquarters. War veteran-turned cop Cole Phelps fix his holster, pulls on his police hat and walks out the door into one of the most ambitiously designed game worlds ever.

The VR Case Files developer has announced that it's working on a new open-world game for Rockstar.

It looks like L.A. Noire: The VR Case Files is finally hitting PSVR

PEGI has snitched, so it seems like PC players won't be the only ones able to play detective in virtual reality much longer.

Watch us play two hours of L.A. Noire on Xbox One X

Today on GR Live: L.A. Noire on the Xbox One X

We revisit the adventure in glorious 4K. 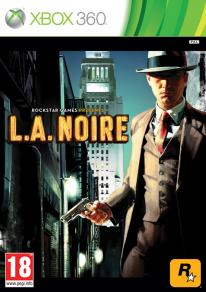