We've heard a few rumour regarding a possible return for Crash Bandicoot, but nothing of real substance. The latest clue to appear online comes via an online retailer based in Singapore.

Qisahn (via Skylanders Inquirer) listed a Skylanders Imaginators Crash Edition for PlayStation 4, with pre-orders for this special edition of the game open exclusively for Sony's current-gen console. Naturally we're assuming that the edition will include a statue of the popular character created by Naughty Dog.

As you know, the recently announced Skylanders Imaginators allows players to create new Skylanders thanks to a proper editing tool, so it is possible that Activision - who owns the rights to Crash Bandicoot - will publish a special edition of the game with Crash as an exclusive character. We look forward to E3 2016 where we will likely get to find out more. 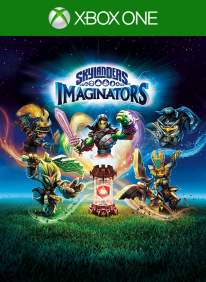