We caught up with Neocore Games' Victor Juhasz just prior to Martyr releasing via Early Access to learn more about the plans for the game and how the seasons concept will work, and Juhasz revealed to us that there's quite a bit to see in the game, and that early access should work in its favour.

"It's an open-world sandbox action-RPG set in the Warhammer 40,000 universe, starring the agents of the Inquisition, the Inquisitors themselves," he said when asked to describe the game.

The open-world sandbox nature of the game offers a challenge in terms of narrative, but Neocore Games has a plan for that, namely seasons. "Seasons are stories that move forward the plot of the sandbox sector," Juhasz continued. "From my perspective, it's a great challenge and it's a great way to expand the story we have in the first couple of hours of the game and throughout the whole game and it is a way to expand the universe. Each season will have a very strong central theme and from the narrative perspective, this is the way to introduce all the enemies that you can face as an Inquisitor in the 40K universe. So we are going to dedicated seasons to the various Chaos Squads, we are going to dedicate seasons to various alien races."

Warhammer 40,000: Inquisitor - Martyr launches via Steam Early Access today after having spent six months in founding alpha, the full release is planned for Q1 next year, with console ports to follow.

"This February we launched the founding, which was a playable open alpha gameplay and we are very happy to say that a lot of people, a couple of thousand people are playing it," he said of the motivation to launch via Early Access. "And the feedback from the community was extremely useful for us. So we thought that opening up the game to an even broader audience might help us in creating an even better game." 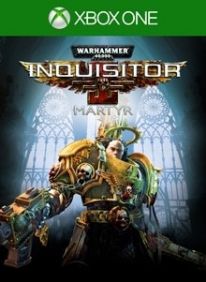