Deep Silver Dambuster has been on quite a journey with Homefront: The Revolution. This is a game that has been in development for several years, and during that time it has been under the watchful eye of three different publishers (THQ, Crytek, and now Deep Silver / Koch Media). Despite this upheaval, throughout its journey this franchise reboot has been with the same group of developers, and so despite the changes in studio name and publisher oversight, the core vision of the game has endured and remains strong.

We've covered the single-player portion of the game (you can read more about that in our hands-on preview), so we won't retread our footsteps here other than to offer a reminder as to what the game is all about. Set against the near-future backdrop of a USA occupied by North Korea (the hilariously named "Norks" - some countries might use this as shorthand to describe North Koreans, others, especially British lad mags from the '90s, use the word to describe a pair of breasts), players are tasked with fighting back against the oppressive regime in war-torn Philadelphia.

Our focus here is going to be entirely on the cooperative portion of the game, otherwise known as the Resistance mode. According to the devs on hand at the preview event we attended in London, the co-op missions - there's going to be around twelve of them at launch - are set after the solo campaign is done and dusted (although they can be accessed at any time). Each of the missions is said to be unique, but we only played three of them so we can't speak for the other nine. Our hands-on impressions are therefore based on those we saw, played multiple times on different difficulties.

For our demo we were sitting around clusters of gaming PCs in groups of four, picking characters and tinkering with them via a robust range of customisation options (a nice touch, you choose their pre-invasion profession which in turn gives them distinctive traits). On top of that there's a ton of cosmetic items to further differentiate yourself during missions, and items that enhance your options in battle. In fact, weapon customisation is one of the most impressive features, and you can alter your weapon via attachments at any point during a level. You're locked into your choice of primary and secondary weapons before each mission starts, but that needn't be a problem because the range of potential attachments for each ensures that you have mid-game flexibility.

As you play more you'll earn XP and credits to spend on skills/perks and unlocking randomised crates filled with various in-game items, including new weapons and attachments for your existing arsenal. It seemed like there was an eclectic bunch dropping every time we rolled a crate, but time will tell just how long we'll have to grind to get the credits needed to buy the crates needed to (hopefully) bag the most desirable weapons.

The objectives in the missions - at least in those that we were privy to - felt a touch uninspired. We'd love to be proved wrong on this one, but there weren't any particularly dynamic goals to contend with. In other similarly-themed games they keep things fresh by shifting your goal to alternate locations, in a stroke adding lots of replay value, but as far as we can tell there's no such feature in Homefront, thus we're wondering where the inspiration for repeat plays is going to come from.

The three missions were, to be fair, quite different from one another. One had us switching on servers so we could find a squad of snipers, another saw us retreating to a defensible position and fending off waves of enemies. The last had us "liberating" a convoy of trucks and defending them on the way to a final objective. Unique within the game itself, but perhaps not trailblazers in terms of overall originality.

One thing that should hopefully bring replay value to these missions is the ramping difficulty. As teams go through the levels, larger numbers of hardier opponents will appear in increasingly dangerous waves. Teams will have to knuckle down and work cohesively if they're to survive. There's a selection of different enemy types, but there's nothing we've seen so far that strays too far from the established norm. The vehicles certainly add something a little different to the mix, for example, there's little four-wheeled drones called Wolverines that accompany units of footsoldiers; these can make a small patrol a much more dangerous proposition, and once the difficulty ramps up and more challenging units join the group, these armed drones can form the nucleus of a deadly entourage (unless, of course, you can turn it on its human handlers with a well placed - and somewhat overpowered - EMP grenade).

If there is going to be a dynamic multiplayer experience it's going to come from the systemic gameplay. There's potential here for creativity, with plenty of different systems seemingly layered on top of each other and interacting well. We particularly like the fact that you can, if you've got the tools (and the skills), go for a stealthy approach, though whether this tactic will be viable on harder difficulty settings remains unclear. What is clear is the range of choices you have at any given moment, with tactical options multiplied further when there's more players on the team.

Using the tools at your disposal, such as grenades and EMPs, you can tackle obstacles as you see fit. Armoured vehicles have gas cannisters at the back that make for an explosive Achilles heel, and troops that cluster together in cover are vulnerable to a well-thrown Molotov cocktail. There's verticality to the levels and enterable buildings, which allows for even more options and improvisation. Throw in vehicles (we were riding around on noisy motorbikes) and there's a decent mix of elements. Perhaps the areas where missions take place are a little too restrictive, because on more than one occasion we were forced to abandon our attempts to flank an opponent by a countdown timer asking us to return to the battlefield. Having said that, overall we felt like we had room to express ourselves.

One thing we definitely liked was the decision to release post-launch content for free (or, at least, as part of the initial price of admission). Who knows what we're going to get further down the line, and even whether it's going to be good or not, but we appreciate the decision to offer this content as part of the initial purchase. It's likely going to ensure that those who invest time and money in the game will be rewarded in the year following launch (after that, who knows how their plans will change). It should also be noted that there are going to be microtransactions. Dambuster told us that these are only going to help players speed up their progression, which should mean they're not intrusive.

Having played the three co-op missions, we came away wanting to see more. On the one hand we're getting what looks a rich sandbox adventure driven by systemic gameplay that offers plenty of player agency, but we're still not sure whether there's going to be enough variety to inspire the repeat plays that co-op like this thrives on. There's certainly the potential here for a deep and engaging cooperative experience, but we're going to wait until we've seen the whole offering before we draw any conclusions. Much still depends on the strength of the single-player experience, but we can certainly imagine invested players relishing the chance to take the battle into the realm of multiplayer, and with a couple of friends coming along for the ride it might well turn out to be a blast. 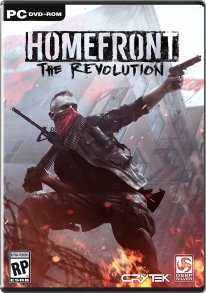