Bungie have released a new video called "Desperate Measures" for Halo 3: ODST. The video focuses on Sergeant Buck and his men and this little quote sets the scene:

"Gunnery Sergeant Eddie Buck has witnessed more war than any Marine should. He fought alongside Cole at Harvest-somehow managed to make it off of Reach alive. The fact that Buck is still on his feet says more about his mettle than his military dossier ever could. Now the Covenant have found Earth. Devastated her defenses. Anyone who could have stopped the invasion is dead or gone. But Buck and his squad of Orbital Drop Shock Troopers aren't going to let Earth fall without a fight. These ODSTs may be headed feet first into hell, but they're going to make damn sure it's crowded with Covenant when they get there."

Thank you for your time. We will take care of this matter as soon as posible
I can't Wait
Om apan själv får bestämma! 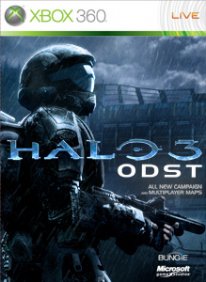