Did you see UFC 94 last weekend? Were you as excited as me before the fight? And did you come out as disappointed in BJ Penn and impressed with Georges St. Pierre? Oh well, THQ have released some footage from UFC 2009: Undisputed of how the fight might have looked if it had been a closer competition. But if you see the footage a few seconds in when Mike Goldberg yells "BJ got absolutely rocked!"... that's how the fight went down for four rounds until Penn quit in between rounds.

We have been waiting a long time for a proper UFC game. Is this finally it?

UFC "at war" with EA

"EA doesn't give a shit about MMA"

Are you an Ultimate Fighter? 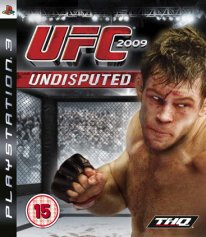