After years of playing second fiddle to the console versions of the game, it sounds like PC-based gamers are about to get a visual treat when it comes to the release of Call of Duty: Ghosts.

"PC is taking a different tack from previous games [in the series,]" executive produce Mark Rubin told Kotaku. "Now, PC has its own set of assets. It's going to look better than any Call of Duty we've ever made on PC."

Rubin and the rest of the team have been talking at length about how good the new Call of Duty is going to look on Xbox One and PS4, but it seems that the best looking version of the game might not come on next-gen after all: "They're actually using an even higher version in many cases than the next-gen consoles, from a texture standpoint," said Rubin.

Call of Duty: Ghosts is set to release on PC, Xbox 360, PS3, and Wii U on November 5, with next-gen versions of the game coming after the respective launches of Xbox One and PS4. 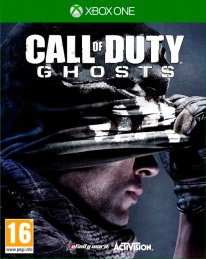