We learned that Ghost Recon: Breakpoint would let us play with AI partners "shortly after launch" even before it was released, and now we know when.

Ubisoft Montreal joined Ubisoft Forward's pre-show to reveal that Ghost Recon: Breakpoint will get a new update on July 15 and that the most noteworthy thing in it is the inclusion of AI partners. These three can be customised just as much as your own character and you can give them four different orders. On top of that, we can do sync shots, which means it'll be possible to kill up to seven enemies at once if you use the drone at the same time. Top that with them being able to revive you as well, and it's clear that this will make life a lot easier for any lone wolves out there.

That's not all. A new live event called Resistance will run from July 16 to July 29. You can see some of the chaos that awaits you there in the trailer above and a detailed look at AI partners below. If this seems tempting, it's worth mentioning that you can try it out for free from July 16 and through the weekend as well.

Ghost Recon Breakpoint to get two major updates this year

A roadmap has detailed showing what we can expect for the title over 2021.

It's available now, until January 25. 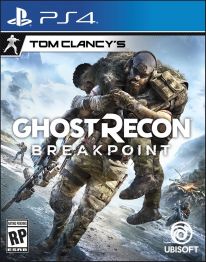