It's been already almost seven years since we saw a new Brothers in Arms title on consoles. Brothers in Arms: Hell's Highway was a decent shooter, that also mixed in some nice tactical puzzles. After that the series has focused on mobile releases, but now things seems to be changing.

Gearbox Software's CEO Randy Pitchford has told IGN during the Develop conference in Brighton that they are working on a new Brothers in Arms game, focused on authenticity unlike the now cancelled Furious 4. The project is still very early on in development, and they are currently trying to find the right partners for the project.

He didn't specify what or where the next game will take place. Since the series follows the men of 101st Airborne Division, and the previous game dealt with Market Garden, maybe we will get to see next The Battle of the Bulge?

Gearbox working on a new realistic Brothers in Arms

Gearbox looking for the right partner for the project. 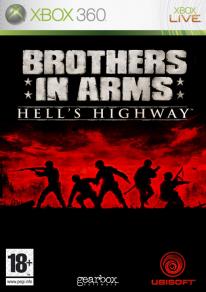