There's no spectacular features and no reinvention. With the new Pro Evolution Soccer 2015, Konami wants to create a game that really works, a great football simulation. PES 2015, which is coming out on November 13 for PC, PS3 and PS4 as well as Xbox 360 and Xbox One, just got twenty new screenshots, which you can see below. 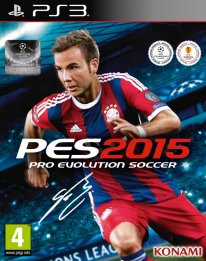