After releasing on PS4 initially back in 2019, the narrative FMV adventure Erica landed on iOS earlier this year as well. Now, the thriller seems to have found another home.

Developer and publisher Flavourworks has confirmed that they are bringing Erica to PC via Steam on May 25.

"With Erica we've made a breakthrough in terms of taking cinematic live action video games to new heights. The way that the world is tactile, that transitions are seamless, and the marriage of film and gameplay is harmonious, leads us to believe that we have redefined what FMV can be," said Jack Attridge, Co-Founder and Creative Director at Flavourworks.

You can check Erica's Steam page via this link.

FMV game Erica is coming to PC in May

The title originally released on PS4 in 2019, before heading to iOS earlier this year. 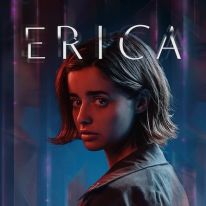