Fallout Shelter is a free-to-play game currently out on iOS, which was released during E3 of this year. It puts players in the role of a Vault overseer who has to take care of the inhabitants of their Vault. According to Superdata the game has already done very well for Bethesda.

Superdata's latest report on the digital market in the US reveals that Fallout Shelter has made over $5 million in profit in just two weeks. As the game is totally free to download and play, all the revenue comes from in-app purchases.

It is also noteworthy that these are just the profits from US version of the game, and international figures are likely a bit higher. The game is also available only on iOS, with an Android version set to be released later.

"It's good to be an overseer, and it's good to once again manage dwellers."

Noclip gives the details on how Fallout Shelter came to be

The new documentary focuses on the management game.

Fallout Shelter has raked in $93 million in microtransactions

Huge milestone achieved by the vault management title from Bethesda.

Pete Hines unsure whether Fallout Shelter will come to PS4

We may not get it any time soon.

Fallout Shelter is coming to Xbox One next week 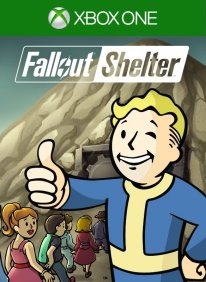