The 2010 action RPG from Obsidian Entertainment, Alpha Protocol, was recently pulled from Steam due to a music rights issue. The game can still be viewed on its Steam page but can't be purchased as of now, as the text "Notice: At the request of the publisher, Alpha Protocol is no longer available for sale on Steam." is shown where the "purchase" button once was.

This isn't the first time this has happened either, Remedy Entertainment faces similar issues with action horror game Alan Wake. Those who already own the game will still have access to it but those who have yet to purchase it won't be able to, at least not for now. 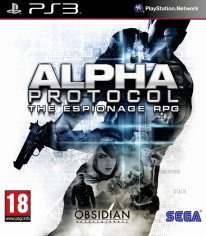